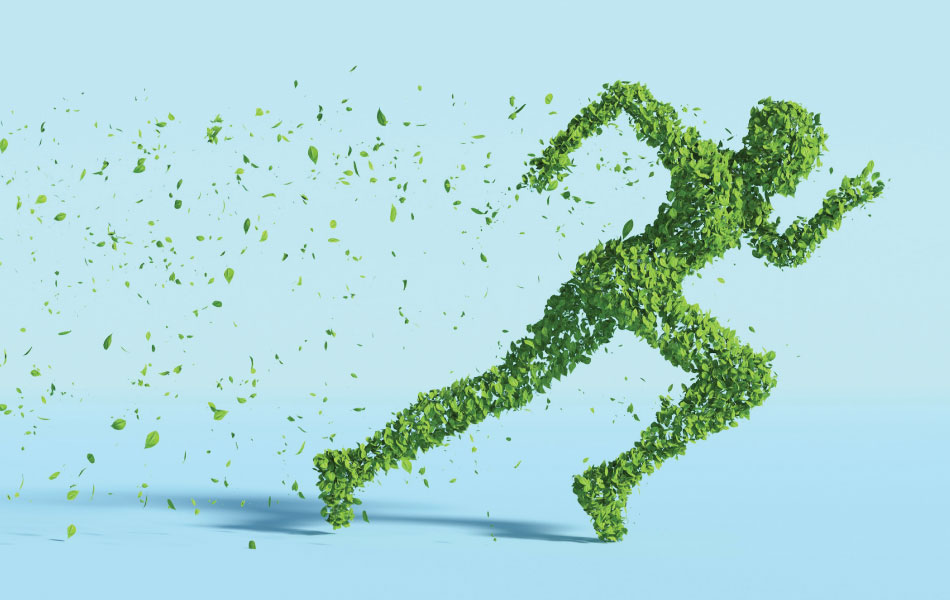 In public discourse we often hear that insufficiently developed environmental awareness is either the main reason or one of the main reasons for the inactivity of citizens in the context of environmental protection. We would assume that we only need to somehow increase the awareness of citizens about the nature of environmental problems and ways to overcome them, which will lead to a behavioral change. This way we would have solved one big dimension of the contemporary ecological crisis. After all, it only makes sense to assume that environmentally conscious citizens take environmentally sustainable actions, right? Not necessarily. In the following lines, we will go through several basic reasons why raised awareness alone does not lead to a change in behavior.

One of the earliest and simplest models that have, throughout recent history, attempted to explain what leads to environmental behavior, is ‘the information deficit model’. Apart from being the most represented in the public discourse, this model is also present in a significant part of literature in the field of research on communication methods and it is often used as a dominant social strategy in various strategic documents, action plans, measures and policies. It basically looks like this:

The assumption is that the adoption of new information (raised awareness) about environmental problems, solutions, and similar, leads to a change in attitudes that trigger appropriate behavioral response. The information deficit model has not withstood the test of time, but it still somehow manages to hang on as a valid assumption to this day.

First of all, when we are exposed to new information, it passes through a whole series of “mental filters”. The interpretation will depend on its compatibility with our identity, pre-existing attitudes, beliefs and values, and from our current psychological and physiological state. It is safe to say that exposure to information does not necessarily lead to a change in personal attitudes, beliefs and values. Nonetheless, for the purposes of this text, let’s assume that the hypothetical individual we are going to talk about has adopted new knowledge, his environmental awareness has been raised and his attitudes, beliefs and values have changed as a result. Does that mean he’s going to do something about it? Will his behavior change? Most likely it won’t.

MOST INDIVIDUALS WILL STAY INACTIVE REGARDING ENVIRONMENTAL PROBLEMS EVEN AFTER THEY HAVE ADOPTED THE RELEVANT INFORMATION, EVEN IF IT MANAGED TO CHANGE THEIR ATTITUDES, BELIEFS AND VALUES IN A CERTAIN WAY.

Over time, some more complex and significant theories have emerged that are similar to the information deficit model, in terms that they all use human attitudes, beliefs and values as primary indicators of environmental behavior. However, they have been of little use if taken as the main and/or sole predictors.

The explanatory power of these models is the greatest when the following conditions are met:

Here we are mainly talking about the various types of consumer behaviors or what is sometimes called “green consumerism” (the term pro-environmental behavior is most often used in the literature). Shortly, in cases where it is necessary to explain why certain people leave some change at the cash register which goes to solving some distant environmental problems, why they are ready to pay a few dollars/euros more for a bottle of water that is produced from biodegradable material, and similar forms of pro-environmental behavior; attitudes, beliefs and values have significant success. However, in cases where behavioral costs are high and particular behavior is difficult and risky, external/contextual factors together with other internal factors will most likely prevail.

PEOPLE SIMPLY DON’T ALWAYS DO WHAT THEY THINK.

Research has shown that when behavioral costs are high, primarily psychological variables such as personal attitudes have drastically less influence on the activation of environmental behavior. As contextual constraints diminish, attitudes take over as a driving force.

Furthermore, various tests have shown that individuals will generally exhibit pro-environmental behavior with low behavioral costs in order to reduce the conflict (cognitive dissonance) between their beliefs and awareness of the real impact of their overall behavior on the environment (some kind of “individual green washing”). A certain number of people will use this as a tool to avoid costly forms of environmental behavior despite their greater potential for solving environmental problems and regardless of their well-developed environmental awareness.

Many will redefine certain social situations or change personal beliefs in such a way as to justify inactivity to themselves as well as others when behavioral costs are high or social barriers are strong. For example, a personal belief that riding an electric scooter or bicycle is a good way to reduce one’s ecological footprint may be in conflict with the belief regarding the idea of a strong and successful man. The first belief was acquired relatively recently by raising awareness, while the second is a product of centuries-old social processes, internalized over decades of socialization mechanisms and strengthened by years of consistently reproduced social interactions. In this situation, people often revise one of these two beliefs, and it is quite obvious which one is more likely to be revised. Maybe cycling is a dangerous and ineffective practice after all?

PEOPLE OFTEN PLAY DIFFERENT ROLES IN DIFFERENT SOCIAL CONTEXTS THAT ARE OFTEN NOT CONSISTENT WITH THEIR PERSONAL ATTITUDES, BELIEFS AND VALUES (“CONSCIOUSNESS”).

Personal beliefs, attitudes and values are simply not constant categories. People do not have a fixed, absolutely rational and ready-made set of attitudes and values that will be unconditionally activated in certain contexts. They are rather relatively flexible and they sometimes even contradict each other. They are in constant “communication” with external, social factors and are often subjected to various forms of negotiations, changes and they go through active and passive phases.

Raising awareness is neither necessary nor sufficient factor for initiating environmental behavior. It is extremely desirable from the aspect of society and the quality of decision-making, but it has its flaws and exceptions and can even be counterproductive.

First, raising awareness is a rather offensive term in a real social context, especially in direct communication. Just try to perform a simple social experiment and tell the person you are having a conversation with that, for example, he is not sufficiently aware regarding the things you are discussing, that he should have his level of awareness raised, and that you will personally raise his awareness in the next few minutes. Most people will not react positively because they don’t like when their views are questioned in such a way, especially if they are in conflict with their identity that has been built over many years and strengthened by numerous social mechanisms such as socialization.

Second, a series of factors that inhibit the activation of environmental behavior in various scenarios are related to problems of collective behavior.

The human mind is not tabula rasa and the information people receive pass through a series of cognitive and emotional “filters”. During that process, we evaluate the ways in which we will use the new knowledge against our assumptions about how the people around us will behave. In other words, we often make behavioral strategies. In some cases, raising awareness in this context can be counterproductive. For example, knowledge of the limitations of a natural resource in some cases (e.g., fish in a local lake) led to increased exploitation. After learning that the resource was on the verge of extinction, the actors simply behaved in a way that sacrificed long-term sustainability for short-term benefit because they estimated that their rivals would definitely do the same.

Third, people can have a very low ecological footprint without being aware of it (e.g., following social trends) and vice versa. Individuals who would be rated as very environmentally aware on some arbitrary scale may have a very high ecological footprint, falling into the trap of “green consumerism.” Their motives for environmental behavior may also be, for example, to raise their social status by buying a luxury electric car.

IN PRACTICE, RAISING AWARENESS WILL ACTIVATE ENVIRONMENTAL BEHAVIOR ONLY AND EXCLUSIVELY IN INDIVIDUALS WHOSE ALL OTHER RELEVANT VARIABLES HAVE ALREADY BEEN HARMONIZED WITH THE DESIRED FORM OF BEHAVIOR, AND WHO JUST LACKED THE KNOWLEDGE TO DO SOMETHING ABOUT IT.

In summary, it is important to note that the point of the presented arguments is not to abandon social strategies of informing the public about relevant environmental challenges. On the contrary, it is important to optimize them by rejecting discredited assumptions and to allocate limited resources also to some other strategies, specific measures and policies, designed to target a greater number of variables that are known to play a significant role in activating various forms of environmental behaviors, but also to reduce effects of factors that prevent them from manifesting.