How does everyone who wants to be a digital citizen become one?

Home - Blog  - How does everyone who wants to be a digital citizen become one? 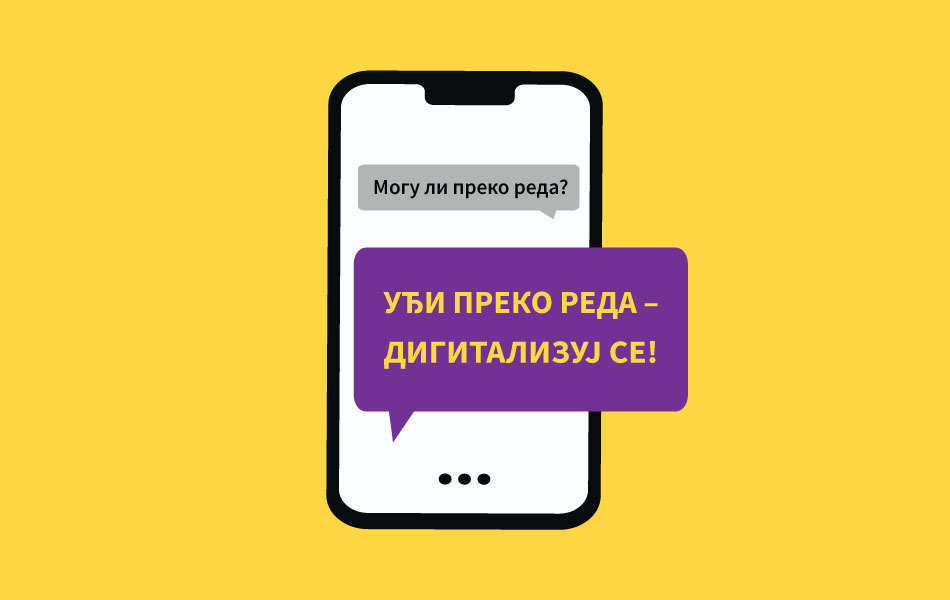 How does everyone who wants to be a digital citizen become one?

Information and communication technologies have become an integral part of the lives of most of us and their breakthrough into our lives will continue in the future. They are present in both private and business life, we shop online, communicate with colleagues, business partners, and friends online, watch movies, read books, and perform many other activities online. That is why it is necessary to make maximum use of the benefits that they bring us. This applies not only to private life and business but also to the state, which should follow trends in the information and communication technology sector and adapt its services so that they are as accessible as possible to citizens. The state sets digitization of services in the public and private sectors as one of the priority goals of the Strategy for the Development of the Information Society and Information Security for the period from 2021 to 2026. However, what is the role of the state in the digitization of society, what has the state done so far, and what should it do so that no citizen feels excluded from the digital community?

THE STATE SHOULD FOLLOW TRENDS IN THE SECTOR OF INFORMATION AND COMMUNICATION TECHNOLOGIES AND ADJUST ITS SERVICES SO THAT THEY ARE AS ACCESSIBLE TO THE CITIZENS.

what has been done so far in the field of digitalization?

The state strategically approached digitization in 2010, with the adoption of the first Information Society Development Strategy until 2020. The realization of the goals set in this Strategy can be observed through several areas. One area is represented by e-government, e-health and e-justice, within which the regulatory framework and functionality of the existing eGovernment portal have been improved. Also, significant progress has been achieved in the framework of data exchange between institutions, where the databases of six institutions (MUP, CROSO, NES, MDULS, Tax Administration and Republic PIO Fund) are connected so that data exchange is significantly accelerated and facilitated. The second area represents the introduction of information and communication technologies in education, science and culture. Within this area, work was also done on the regulatory framework and the establishment of the e-Education service. A significant part of this field is digital literacy. In previous years, efforts were made to improve the digital literacy of both students and teachers. The third area is e-commerce, where, as in the previous two areas, work was done on establishing a legal framework, a payment system for instant payments, and defining a list of qualified trusted services, which is particularly important for customers. The area where the greatest progress has been achieved is e-government. However, e-government is still not at a satisfactory level of functionality and development, but there is considerable room for its further development.

THE STATE STRATEGICALLY APPROACHED DIGITALIZATION IN 2010 BY ADOPTING THE FIRST STRATEGY FOR THE DEVELOPMENT OF THE INFORMATION SOCIETY UNTIL 2020. THE REALIZATION OF THE GOALS SET IN THIS STRATEGY CAN BE OBSERVED IN SEVERAL AREAS.

what do we plan and need to do in the field of digitalization?

State authorities should monitor the economy and support it in the development of the information society. The economy is encouraged by competitive forces to adapt its operations to modern technologies. Companies are increasingly introducing the possibility of e-commerce in order to be more accessible to customers and thus achieve a competitive advantage. However, there is no competitive pressure with state authorities, since it is a monopoly. This is one of the reasons that the level of electronic communication between ministries and citizens is extremely low. As stated in the Strategy for the Development of the Information Society and Information Security for the period from 2021 to 2026, only seven ministries have an electronic address for submitting submissions, and many of them provide electronic services, while the rest are not electronically open to citizens.

CURRENTLY, 90% OF THE BELGRADE REGION IS COVERED BY BROADBAND INTERNET CONNECTION, HOWEVER, THE COVERAGE OF THE OTHER REGIONS IN THE COUNTRY IS BELOW 80%.

In addition to adequate infrastructure, electronic administration should be accessible to all citizens equally. The eGovernment service should be easy to use for all citizens. Previous public opinion surveys have shown that only 60% of citizens who have access to the Internet use the eGovernment portal. The experiences of citizens are diverse. The most common complaint is that the portal is complicated and that it takes a lot of time to find a certain option on it. The portal is organized in the form of a large number of drop-down menus containing a large number of options and sub-options, so it can be challenging for a new user to find the option he needs. The portal is not suitable for people with some kind of disability, so their use is completely disabled. Simplifying the portal is an important step in attracting new service users. The creators of the portal should keep in mind that the portal should be visually simple and easy to use, with easy-to-see options, which will be used by all citizens, not narrowly specialized citizens who are engineers by profession and are close to information technologies.

The eGovernment portal is under the jurisdiction of the Office for Information Technologies and eGovernment, which citizens should contact if they encounter any problems when using the portal. However, the only way to communicate with the said Office is via e-mail, which is often a slow and ineffective form of communication, where you have to wait a long time for a response. Often, this is exactly what deters citizens from using the portal, because while waiting for a response, it is much simpler to go to the service provider’s authority. The establishment of a user center through which citizens could communicate with eGovernment by phone could have a positive effect on the number of new users of the portal.

THE ESTABLISHMENT OF A USER CENTER THROUGH WHICH CITIZENS COULD COMMUNICATE WITH THE EUROPEAN AUTHORITY BY TELEPHONE COULD POSITIVELY AFFECT THE NUMBER OF NEW USERS OF THE PORTAL.

In order for more citizens to use the eGovernment portal, it is necessary to work more actively on its promotion. Citizens are not always familiar with the services they can perform electronically. An excellent example is the services related to the coronavirus pandemic. Through the media, both electronic (television and portals) and printed, citizens were informed about the possibility of scheduling a vaccination against the coronavirus, obtaining a Green Digital Certificate and scheduling a test for the coronavirus. This kind of media campaign, unfortunately, in addition to the topicality of the topic, led to the fact that almost 1.5 million citizens applied for a Green Digital Certificate.

In addition to an active media campaign, a way to attract new users can be the reduction or complete abolition of fees for services that citizens perform through the portal. Financial incentives usually give the best results when it comes to attracting new users of a particular service. Over time, citizens will see that in addition to saving money, by using e-services they also save time and realize other benefits.

FINANCIAL INCENTIVES MOST OFTEN GIVE THE BEST RESULTS WHEN IT IS A QUESTION OF ATTRACTING NEW USERS OF A PARTICULAR SERVICE. OVER TIME, CITIZENS WILL SEE THAT IN ADDITION TO SAVING MONEY, USING E-SERVICES ALSO SAVE TIME AND ACHIEVE OTHER BENEFITS.

It is important to make citizens digitally literate. Among the goals set by the state in the new Strategy for the Development of Information Society and Information Security is to raise the level of digital skills of all citizens, so that they can use the achievements of information technology in everyday life and in communication with the administration. One of the reasons why some citizens do not use e-services is that they do not have the necessary skills. According to the data of the Republic Institute of Statistics, over 90% of citizens under the age of 55 use the Internet. However, only about 50% of citizens over the age of 55 use the Internet. In question are citizens who view going to the authorities in order to perform a service as a social activity. By organizing various workshops to improve their digital literacy, a synergistic effect can be achieved, since the citizens would make social contacts at the workshops, and on the other hand, they would learn how to use e-services.

In order for Serbia to become a fully digital country, various resources are needed, which must be used strategically and planned. Besides financial, time is the most important resource. A good plan and approach to digitization by creating priority groups of e-service users and determining priority services for digitization will create a society in which almost all services can be performed electronically, and no citizen will be excluded from the digitization process.