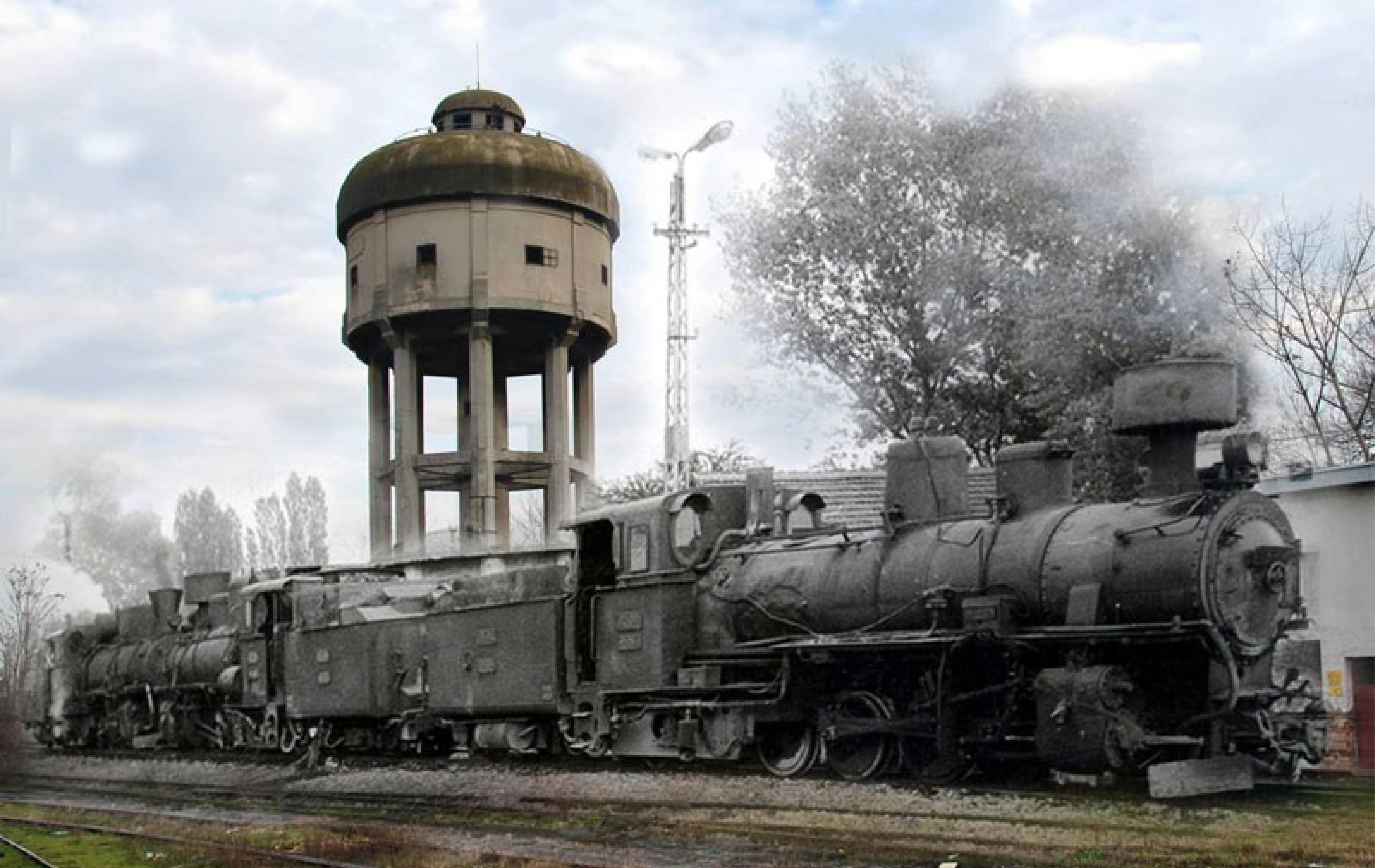 There goes Mile and he’s confused. He is confused with the numbers he hears and everything he has turned over his head in past two centuries, so Mile does not know whether life is better or worse in his hometown than elsewhere in Serbia. He is not interested in other people’s salaries or wealth, he is not interested in politics or various papers about borders; Mile is dedicated to his family and he would like to know the worth of the salary he earns, and whether his wallet is getting thinner or thicker.

I found myself in a similar situation; confused. I drank espresso on a mountain in Serbia – they didn’t serve domestic black coffee. Following, I went down the Ibar highway towards the capital, when on the first break in one town the same espresso was twice cheaper. It didn’t immediately occur to me to reassemble, but only at the next break when I drank espresso in the town again, only three times cheaper than on the mountain. There the light turned red, and I had to clarify that.

Now watch carefully, the amount of money in the specific area that is made or brought by the people coming in that area is what mostly determines price of goods such as espresso.

There are numerous factors that affect the price of one espresso, its quality, place where it is served, the number of people who drink it, etc. However, perhaps the most important explanation for the difference in price is that espresso is considered as irreplaceable good – Mile cannot buy it in the town and take it up to the mountain to drink it, it will be cold by the time he reaches mountain. But let’s not give in and start invoking theories and effects, that will make Mile to get even more confused, just like he is when he listens to economists from the capital, I will try to explain it more simply. Now watch carefully, the amount of money in the specific area that is made or brought by the people coming in that area is what mostly determines price of goods such as espresso.

Mile, in order to calculate the approximation of purchasing power, it was necessary to list the prices of the goods that are most comparable, i.e., whose characteristics are most similar in places in Serbia, and that is why a short espresso was chosen. The price was listed in 174 cities and municipalities in a short period of 7 days so that no changes would happen by chance and everything would be comparable. Also, for the purpose of comparability, cafes within a kilometer of the administrative headquarters of those places were surveyed. The next step was to calculate how many short espressos can be bought for the average net salary in 2020 in each place. You can buy 548 cups, and this number came as an average of all cities and municipalities. That average was taken as the value of the Espresso index of 100 points.

Mile knew it before, that when you observe places, and even more districts and regions, there is not so many deviations, we are not that big that there are huge differences; but he was surprised by the places that have the greatest espresso purchasing power, because he was convinced that his wallet was empty there, and he knew that everyone was fleeing from those places. Here, Kostolac is the place with the highest value of the espresso index of 161, which means that the monthly wallet is 61% thicker than the average in Serbia in terms of purchasing power. Second best in purchasing power is Majdanpek; and in third place his Lajkovac! In Lajkovac, the purchasing power is above average by 46%, so when Mile receives a salary, he can buy twice as much espresso than his comrade-in-arms Dragutin from Gadžin Han; where, to be honest, there aren’t many places to drink a short espresso. In the top ten with the highest purchasing power are also; Babušnica, Trgovište, Žabari, Vladičin Han, Indjija, Lazarevac and Bosilegrad. One of the conclusions is that in places related to electricity production, purchasing power is far above average.

In Lajkovac, the purchasing power is above average by 46%, so when Mile receives a salary, he can buy twice as much espresso than his comrade-in-arms Dragutin from Gadžin Han;

The places with the lowest purchasing power are: Raška, Svrljig, Žagubica, Čajetina, Crna Trava, Barajevo, Batočina, Kraljevo, Novi Kneževac and the already mentioned Gadžin Han. In these places, the reason for the weak purchasing power may be low average salaries, as in the above-mentioned places in Eastern Serbia; or the high price of espresso, which is an approximation for the prices of other services in those places, such as the case of Čajetina and Raška, municipalities in which are situated two most visited mountains in our state, so the results should be viewed in that context.

It was here that Mile noticed; that in certain situations, due to the specificity of the place, one should be careful when it comes to value of the Espresso index; so, I suggested that we look at the picture of the cities that are the administrative centers of all districts in Serbia because they are more comparable as larger places with more similar characteristics. It’s not a joke, but the purchasing power of the people living in Pirot is stronger because they have it the highest of all cities – 16% higher than the average. Then following Zaječar, Požarevac, Belgrade and Valjevo, where the list of those who are above the average purchasing power in the country, ends. These results destroy perhaps another misconception that Mile had, and it is connected to misbelief that the life is better for those living across the Sava and the Danube. Thus, in Subotica, the purchasing power is almost 20% lower than the average, and in Sombor 15%. However, even in central Serbia, the situation is not fairytale-like for Mile to want to live there. Kraljevo is at the back, and there he can buy for almost a quarter less than the average resident in Serbia can. Also, you can’t buy a lot for a salary even on the terrain that Mile is quite familiar with – the right bank of the Drina River. In Šabac and Loznica, the purchasing power is about to a fifth less than the average.

It is important to avoid oversleeping similar moments to those from the end of the eighties, when everything changed radically. This time Mile has a lot more information about what’s going on in the world, and he’ll take matters into his own hands.

What is the conclusion of this data, apart from the fact that we found out where is the cheapest espresso? Our main conclusion is that internal migrations in Serbia do not take place primarily from places with less purchasing power to those with higher. Mile’s children are not only guided by a thicker wallet in purchasing power, but they are also interested in the quality of life, they are interested in what services and quality of life are offered to them. Almost all places related to electricity production and mining have a high espresso index of purchasing power, but those towns are left without people, especially young people, because they are looking for places with clean air and water, as well as places where they can go out. I think that the Kovid pandemic made this conclusion more visible – it became exposed. I said at the beginning, Mile turned to his family and himself, and if we are lucky not to suffer any greater misfortune in this area of ​​ours, he will be even more turned to himself; and that’s not a bad thing at all. As for future decision-makers, and especially economists who will advise, criticize or praise them, they must understand that the world and Mile are changing. It is important to avoid oversleeping similar moments to those from the end of the eighties, when everything changed radically. This time Mile has a lot more information about what’s going on in the world, and he’ll take matters into his own hands.