The students the locusts have eaten

Home - Blog  - The students the locusts have eaten 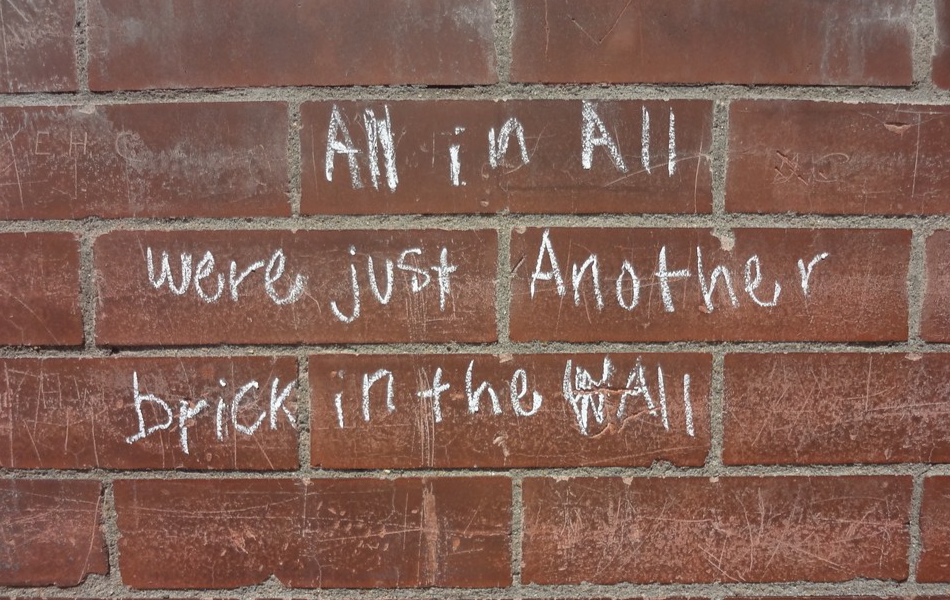 The students the locusts have eaten

Does every serious challenge that Serbia faces, and is analyzed and explained by economists, have to remain at the level of metaphysics? Is it always the correct answer that the cause of all problems are evil politicians and bad institutions? It is clear that institutions are a crucial factor in development and that the political system has not functioned too well for the last two centuries, but can we go a step further in clarifying the diagnosis given to Serbian society? We act as if poorly established institutions and politicians are something separated from the people, something not part of the society we make ourselves, and that they were sent to make our lives worse just because someone there doesn’t love us. Other than that, everything else in Serbia is perfect. For example, we economists write research papers and analyzes that do not contain commonplaces and publish them in the best world journals, and we do not do that because of the new reference and improvement, but with intention to make available the applicable knowledge to our fatherland.

Observing the situation in this way, two years ago I started a research with a group of young economists to find out why people are leaving Serbia. We started from the data.

When it comes to data, it is best not to trust anyone, but to act as if you trust everyone. I must state that the previous sentence has over 90% coincidence with one of Pekić [TN: a Serbian author], so God forbid I did not state the source or authorship of Pekić.

The main challenge is the lack of data. There is no domestic or foreign institution that has precise data on how many people emigrate from Serbia or the region annually. Existing databases are not complete – e.g. only OECD countries are observed, or no distinction is made between permanent and temporary residence permits in the European Union.

The second step was to build a calculation methodology that we applied, because no one had previously calculated how much money an individual who goes into emigration costs the society. I would underline the “costs the society” part because we do not divide how much is lost or gained when people leave, into private and state losses, but we insist that it is all money or opportunity cost of taxpayers, i.e. society as a whole.

With the departure of its citizens, the Serbian society loses between 1.2 and 2.1 billion euros annually. This range is wide for the reason that these are the most and least unfavorable scenarios, and certainly both are bleak in terms of the costs that the society has on an annual basis. The scenarios are prepared because when you do not know the exact number of people who emigrate, as well as their educational structure, all you have to do as a researcher is to calculate the costs of an individual’s emigration and make a calculation based on that. This methodological approach was chosen to ensure impartiality, because it is possible that the knowledge or assumptions of other researchers about the number of people who emigrate annually will lead to different results in the future.

The aforementioned cost to society in the billions a year exists based on what is invested in educating people who emigrate; and that is 34 thousand euros on average per person who has completed basic academic studies, while a high school graduate costs about 21 thousand euros. When we multiply this by the number of departures, it goes up to 1.2 billion euros a year, which are invested in those people from preschool to the end of education. It is a pure gift for the country to which one emigrates. Another cost to society is the missed chance for an emigrant to participate in creating Serbia’s GDP. To calculate this cost, we used the concept of potential GDP, which basically determines the level of development and potential of a country, while the population decreases. Each departure of an individual from Serbia reduces the potential GDP by about 19.5 thousand euros. When you multiply it by the number of departures, it reaches up to 900 million euros a year.

Emigration of people also has positive effects on our economy. The main positive effect is remittances, i.e. money from 2 to 3 billion euros that our people send to the motherland, and with this we are in the top of Europe in terms of GDP with Albania. That money is important for the living standard of the people, because almost everything goes to consumption and real estate, but it is not something on which development can be based, because only 1% represents investments.

After six months of work and a prepared analysis of the costs of youth emigration, we found that there is a problem that costs Serbia a lot, and that by emigration of primarily young people we offer the future through losing potential GDP, and in return we receive remittances that help us to survive, buy an apartment and prevent the dinar does not weaken significantly against the euro. It was time to investigate some of the deeper causes of this problem. For this purpose, we conducted additional research entitled Costs of Higher Education, in which we analyzed eight faculties of the University of Belgrade, and how much the society invests to create a graduated student of the Faculty of Economics, Biology, Agriculture, Technology, ETF, Mechanical Engineering, Dentistry or Medicine. The research showed large differences in the costs of highly educated people at the University of Belgrade – in a future economist, Serbian society invests around 31 thousand euros, and in a dentist around 71 thousand euros. A medical student costs our society 58 thousand euros, and at the other mentioned faculties, the total costs of education range between 35 and 40 thousand euros.

As there are big differences in the investments that the society has for creating highly educated staff, which no one has analyzed so far, and as students cite predominantly economic factors as reasons for leaving the country, we asked whether labor market requirements are harmonized with the number of students per faculty? The answer is that no one does it, or does it in a valid way, and with this we finally came to those students from the title who were eaten by the locusts.

The students the locusts have eaten are those who had enrolled and graduated with a degree not needed in the labor market, or there is no need for so many graduates of that faculty. These students, their families and the society that bears the cost of studying are deceived by those faculties, colleges or universities.

The students the locusts have eaten are ideal emigrants from Serbia and candidates for labor-intensive and lower-paid jobs across Western Europe. I additionally justify this position with the results of the research of the Cabinet of Minister without a portfolio in charge of demography and population policy from 2018, in which slightly more than a quarter of students stated that the reason for potential departure from the country is the inability to find a job. Note that the situation is even further from the real needs of the labor market, almost surreal, when you look at the enrollment quotas of other universities and colleges in the country. Simply put, enrollment quotas have not changed for years, or even decades, and they create professionals in the field that would be useless even if the Serbian economy was far more developed than it is today.

While the Serbian society is bombarded daily with political topics, commonplace phrases and conclusions of researchers who take short periods of time of some rulers in relation to others as observation periods, Serbia is getting emptier. Every September, tens of thousands of young people from all over Serbia and the region travel to universities in search of dreams and stories about academic life, unaware that there is a good chance that in a few years they will jokingly share their knowledge with colleagues on factory lines, retail chains or pubs across Western Europe. Truth be told, these young people are not to blame. The real culprits are those who deceive them about the necessity of their profession for this society; everything so that “the people who sleep a deep and lifeless sleep”[TN: a line from “The Mountain Wreath” by P.P. Njegos] would not wake up and ask the question: does Serbia need a reform of higher education and why did it not happen a long time ago?