Who needs countries where nobody wants to live?

Home - Blog  - Who needs countries where nobody wants to live? 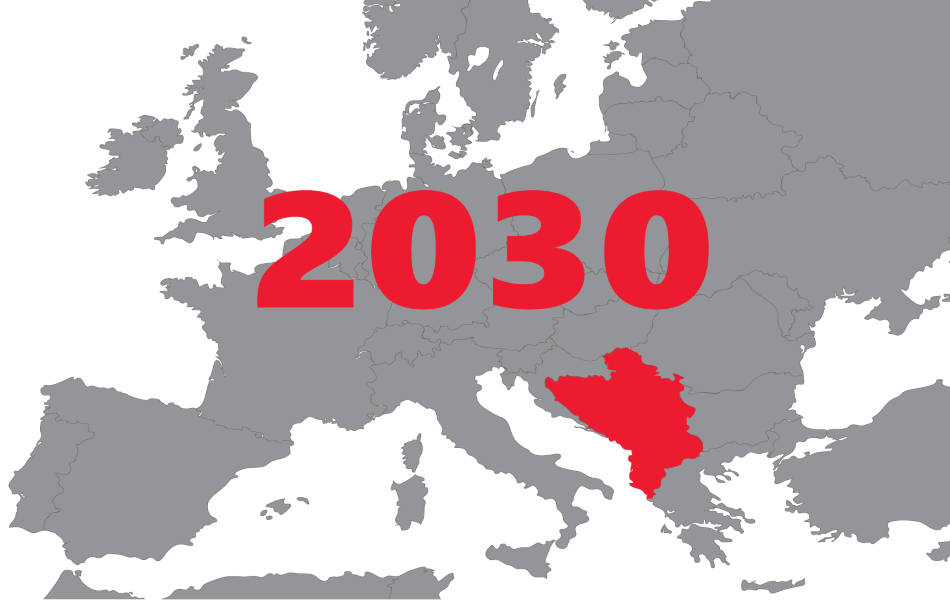 Who needs countries where nobody wants to live?

Departures from the Balkans have accelerated

It seems that the topic of the emigration of the population from the area we call the Western Balkans has never been more relevant than today, although the circumstances are not as difficult as these areas remember. Truth be told, emigration has always been common for this area. Sometimes people leave because of their own will, sometimes out of the sheer necessity.  When wars and famines did not accelerate migration, then new knowledge and business ventures did so, all embodied in the phrase “the search for a better life.”

The Balkan people, who are struggling to balance the burden of a turbulent history, have been living the Dayton-Kumanovo peace for more than twenty years. One gets the impression that apart from stopping the wars, the mentioned peace processes did not provide an opprotunity for the expected better life, or maybe it is better to say coexistence.

NUMBER OF RESIDENCE PERMITS IN THE EUROPEAN UNION FOR A YEAR AND LONGER FOR CITIZENS OF THE WESTERN BALKAN COUNTRIES IN 2013  WAS ABOUT 56 THOUSAND, WHILE IN 2018  IT WAS ABOUT 154 THOUSAND.

As a proof of this thesis, it can be stated that the number of residence permits in the European Union of one year and longer for the citizens of the Western Balkan countries in 2013 was around 56 thousand, and in 2018 around 154 thousand. These are official Eurostat data, and show that almost three times more long-term permits were issued in 2018, than only five years earlier.

The price of departures is high, if it can be measured at all

Entire generations from the Western Balkans, tired of the unchanging political system, have set out on a path to a better future for themselves and their descendants. With their departure, the cities remain empty, and the villages have long since been deserted anyway. Although estimates from various sources range widely, according to my estimates, between 10,000 and 15,000 people leave Serbia each year. Almost half of those born in Bosnia and Herzegovina live outside their home country. Northern Macedonia has lost almost a third of its population since the beginning of the millennium, and it is difficult to find any relevant information for the territory of Kosovo and Metohija, except for daily reports on how the buses filled with people leave this territory.

According to research conducted by the Institute for Development and Innovation, the cost of education for those leaving in the entire region is 3 billion euros, plus another 2.5 billion euros of opportunity costs at the expense of lost GDP, which totals 5.5 billion euros every year. These are some serious figures for our conditions. Let me translate this to my favorite comparison: how many kilometers of highway is it if we take that the construction of one kilometer is 10 million euros – 550 kilometers of highway could be built every year with funds that represent the cost of emigration from the Western Balkans.

Not to make everything so bleak, I must mention that billions still arrive in this region. In the form of remittances. The problem is that most of this money goes to spending. The mentioned remittances do not have a development component. Only a certain percentage will be used for investments.

The region already lacks skilled labor, and the fact is that the population of the Western Balkans is leaving. But more importantly, it will change the ethnic structure of the Western Balkans, and it may open up some old issues. Also, people in the region have responded by accelerating migration that perhaps the dream of the region’s EU future that existed in the mid-2000s is slowly fading. It is possible that there will be positive consequences, and such as  that the countries of the region, taught by their own, but also by the experience of neighboring countries, will understand that they will have to roll up their sleeves for a better future of their citizens. One of such consequences may be the self-organization of the Balkan states, as we see in the example of the “Mini Schengen”.

The main directions of migration in this decade will be from the countries of the Western Balkans to the European Union, primarily to its most developed members, led by Germany,  while Albania and emigration from the territory of Kosovo and Metohija will lead in the relative number of departures. Also, there will be internal migrations in the region, and the most important will be those from the Republic of Srpska to Serbia, as well as from all parts of the region to Belgrade as the economic and cultural center of the region. Belgrade’s position and moves will play a crucial role in the development of the situation, and it will face challenges that are especially reflected in internal migration movements.

THE BASIC DIRECTIONS OF MIGRATION IN THIS DECADE WILL BE FROM THE COUNTRIES OF THE WESTERN BALKANS TOWARDS THE EUROPEAN UNION, MAINLY TO ITS MOST DEVELOPED MEMBERS LEADED BY GERMANY.

I believe that the movements on the labor market will have a decisive influence on the political situation in the region in the decade ahead, because they are the sum of all other factors, from international movements, decisions of politicians, to identity issues. Emigration of the highly educated population will have a particularly significant impact, which, along with all other factors, provides fertile ground for any kind of populism. Given the political climate whose flirting with national and identity issues is inevitable, 2020s will be a politically interesting decade, especially in response to the reaction of the labor market in the Western Balkans.