WHO WANTS PREQUALIFICATIONS AND A SALARY OF 100 THOUSAND DINARS?

Home - Blog  - WHO WANTS PREQUALIFICATIONS AND A SALARY OF 100 THOUSAND DINARS? 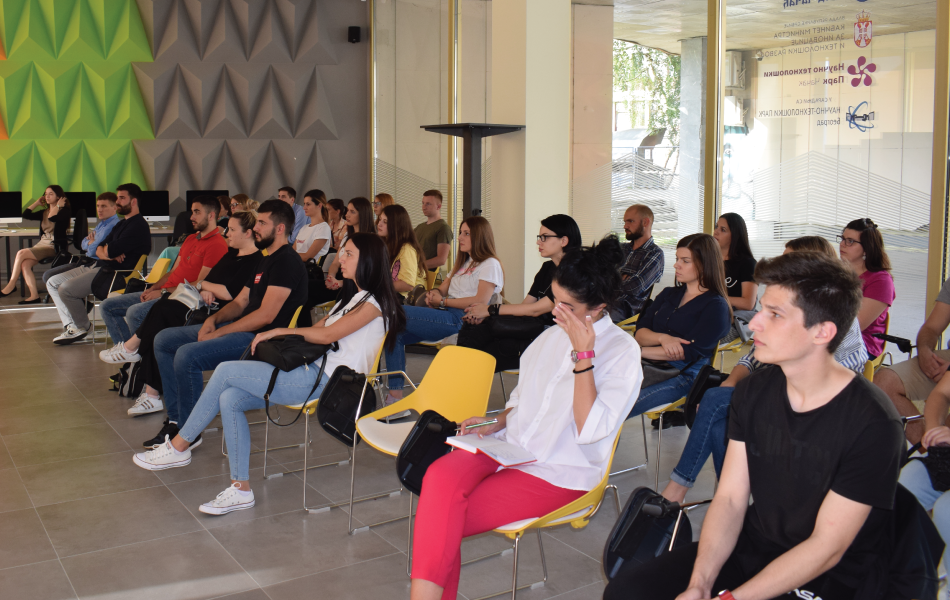 WHO WANTS PREQUALIFICATIONS AND A SALARY OF 100 THOUSAND DINARS?

In a clinch between two attitudes, the first one is that young people don’t want to work and that once upon a time, youth was better; and secondly, that young people do not have the opportunity to get a job, nor are they offered dignified jobs and salaries; it is difficult to play the role of impartial interpreter and researcher. And not only is it difficult to be objective about these two attitudes, and the researcher must be, but the basic problem is that there is no available detailed data on persons in the labor market who are between 15 and 30 years old, and neither work nor study. As soon as there is no data on the basis of which it would be possible to carry out an analysis and give an economic diagnosis of the problem, then proposing economic policies to solve the problems of these young people is almost completely wandering in the dark.

Official statistics, more precisely the Labor Force Survey, in the first quarter of 2022 recognized slightly less than 1.1 million young people between the ages of 15 and 29. Out of 1.1 million young people, 179 thousand of them neither worked nor went to school or received training – they were in the so-called NEET position. This indicates that every sixth person in Serbia between the ages of 15 and 29 did not have their place in the labor market nor did they prepare for the labor market in any way, and represented a completely unused human resource of Serbia. Of the mentioned 179,000 young people in the NEET position (Neither in Employment nor in Education and Training), 103,000 of them are aged 15 to 24, and about 76,000 are aged 25 to 29. More detailed data about these young people do not exist in official statistics, so every source or database is a unique opportunity to learn about young people looking for their place in the labor market.

OF THE 1.1 MILLION YOUNG PEOPLE, 179 THOUSAND OF THEM WERE NEITHER WORKING NOR ATTENDING EDUCATION OR TRAINING – THEY WERE IN THE SO-CALLED NEET POSITION.

The Institute for Development and Innovation is implementing a retraining project for graphic designers aimed at young people who are disadvantaged in the labor market. Through the call for retraining, a minimum of 70,000 people were reached through the campaign; 750 applied for retraining, and the 65 selected are undergoing an intensive four-month retraining program. Therefore, it was an excellent research opportunity to deliver a survey to the participants and find out some of their socio-economic characteristics. Although this sample and the number of respondents are not statistically representative, the answers and socio-economic characteristics obtained are an excellent initial step for the creation of future economic policies of the state, as well as for the employment strategies of private companies in the future.

Young people aged 15 to 30 who are highly motivated and chosen to undergo retraining for graphic designers come from all parts of Serbia; 46% of them are unemployed, 20% are students, and 34% are employed. What is characteristic of the employed and unemployed who are part of the retraining is a very poor position on the labor market, the unemployed have been looking for a job for 10 months on average, while the employed work poorly paid jobs and not all of them have permanent employment. As the biggest problem when finding a job, the majority cite inexperience, and because of that, they do not go through the selection process for the positions they apply for. In addition, they report a small offer of jobs for the profession for which they were educated, which is understandable due to the mismatch between the labor market and the education system, as well as the characteristics of the respondents. In terms of education, almost two-thirds have higher education, which they obtained at state and private colleges, and it can be seen that they are mostly former or current students of colleges where social sciences are studied (philosophical, teaching, political sciences, management faculties). When analyzing the position of this group of young people, it is important to look at their expectations of the labor market, primarily in terms of salary. The question they answered was about how much salary they would need to live in Serbia in accordance with their wishes. On average, they answered that it was 100 thousand dinars, and the largest number of answers was in the range of 65 to 120 thousand dinars. This question was purposefully asked “loosely” and not technically precise as in job interviews because we wanted to find out what kind of salary these young people want in order to feel fully materially fulfilled. It is very likely that even a partially lower salary would be accepted by them when they were offered a job.

YOUNG PEOPLE ON PREQUALIFICATIONS SAY THEY NEED A SALARY OF 100,000 DINARS IN ORDER TO LIVE IN SERBIA IN ACCORDANCE WITH THEIR WISHES.

As for the other socio-economic characteristics that were analyzed for the selected group, half of them live in their own apartment or house, 15% live with their parents, while almost a third rent an apartment or house. Of the total number of retraining participants who were selected, almost 85% live in urban or suburban areas, while 15% live in the countryside. Also, in terms of education in relation to parents, retraining participants are on average more educated than their parents, although the structure of parents’ education is not unfavorable – 48% have higher or higher education, 45% have secondary education, and 8% have obtained only primary education. In terms of thinking about leaving the country, that is. emigrating, half declared that they were thinking about it, and half that they were not thinking about it.

With another emphasis that this group cannot by any means be claimed to be a representative sample, but that its socio-economic analysis is a significant clue to us economists who propose economic policies, I would conclude that young people in the NEET position are a great opportunity for faster economic development in Serbia. Directing them towards the export-oriented sectors of ICT services, and deficit professions is something that would be a good direction for the actions of the state and the economic policies of the future government. In addition to the government, the moves of private companies that crave personnel are also important, which will be a challenge in the years to come. Private companies should create special programs for the practice, training, and employment of these young people. That this is not a small number of people is also shown by the fact that 179 thousand young people between the ages of 15 and 29 are in the NEET position, and that if the government’s economic policies and personnel policies of private companies do not integrate them into the labor market in the short term, it will do so most powerfully economies in Europe, but also those from our close neighborhood like Slovenia.

IN ADDITION TO THE GOVERNMENT, THE MOVES OF PRIVATE COMPANIES WHICH ARE LOOKING FOR STAFF ARE ALSO IMPORTANT, WHICH WILL BE A CHALLENGE IN THE COMING YEARS.

I would say that young people are silver on the labor market in Serbia, which needs a good polishing in order to shine, and that this requires the coordination of the government’s economic policies and a broader overview of the personnel policies of the private sector. I believe that enthusiasm and optimism are hidden in these people, and I base this on the basis of the answer to the question of how they rate their position in the labor market on a scale from 1 to 5, where the average rating was 2.9. Understanding what the NEET position means before I saw the results of the answers to this question, I was convinced that the score would not exceed 1.5 and that everyone would look unfavorably and pessimistically at their position, but I was denied by the results. Therefore, they only need support through additional training and a chance for their first job, everything else will be done by themselves!